So, a few days ago I took the new bike out for a spin, with the hopes of raising the average speed from the baseline average of 9.9kph. So I was riding along the service road of the pacific highway (near where I live), minding my own business and suddenly my front wheel tire blew-out with an Earth shattering kaboom!

I rang JA to come collect me, and as I loaded the crippled bike into the back of the car, I saw the bikes computer read 12.5kph average speed. Woot! I guess it was one of those win-loose situations.

I am not ussually one to go spastic everytime an “Apple Rumor” hits the blogosphere, but If this is true, OH…MY…GOD…Don’t you just have to have one? 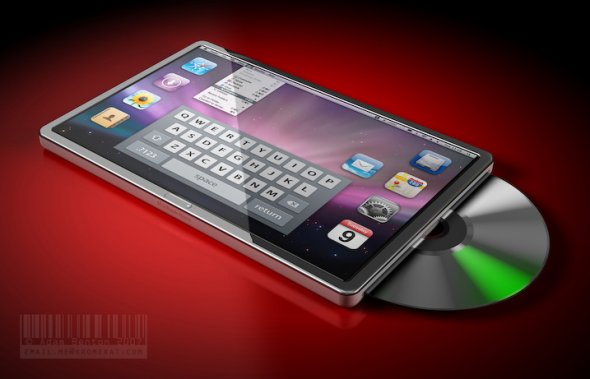 One of the main projects I have been working on recently has been a .Net 3.5 web project.  While I have always liked the agile development and IDE which .Net and Visual Studio provide, The Setup Project template (which creates MSI installation files) has always been hard to use, difficult to customise and very restrictive.

In the past, I’ve used the NSIS (Nullsoft Scriptable Install System), which:

… is a professional open source system to create Windows installers. It is designed to be as small and flexible as possible and is therefore very suitable for internet distribution.(http://nsis.sourceforge.net).

However, despite the great number of resources and example scripts to do anything you can pretty-well imagine, a simple straight up installer script to modify IIS using NSIS to install the web application seems to be quite a challenge.

I did, however, stumble across a blog faced with a similar issue, wanting an installer system to perform the following tasks:

They provided an example script which I repost here should the direct link ever go down.  They do mention on their blog a number of future enhancements missing from the installer script:

There are many things should be improved in installer. First is improvement of virtual folder creation. User should have possibility to choose between different virtual servers. Also correct default installation directory should be suggested (now it hardcoded as “C:\Inetpub\wwwroot\TargetProcess2”). Installer should detect if .Net 2.0 is installed and help to download and install it. Installer should upgrade old version of TargetProcess to new.

Given that I have quite a bit of experience with NSIS, I think those points should be mostly trivial and I will be sure to post the updated example script to this blog once it’s complete.


UPDATE
This url http://weblogs.asp.net/krobertson/archive/2004/04/01/106002.aspx looks promising, not exactly what I want to do but a useful reference never-the-less.

So I got the last piece of my bike tonight, the front-wheel!  Having put the wheel on, and attaching the computer to the wheel and forks.  I did however notice that the tires were quite flat so I Googled the correct tire pressure for mountain bikes.  50psi seemed a touch high – so I took it down to the local service station and filled them to 45psi.

When I got home about 10 minutes later, I looked at my bike computer.  My average speed was 9.9Kph 🙂

I have some adjusting to do (to make the ride more comfortable), but this is so cool.

Recently, I have been doing a lot of Model-View-Controller work in ASP.NET which has caused me to have to use some more “old school” style HTML controls, instead of the .Net Server-side Controls I am so used to.  I came along an interesting problem where I needed a text area which automatically changed it’s height to fit all the text in without a horizontal scroll bar, much like Facebook does with it’s wall.

I also wanted the Javascript to use the Javascript library for the event listening so I didn’t need to worry about the event handler quirks of the various browsers (and becasue that’s what I know).  I post the solution that worked for me in the interest of creative commons.

If you have a textarea, with the wrap=”off” attribute set, then its even easier. Just replace the script tage above with this one:

“Microsoft is continuing its investigation of public reports of attacks against a new vulnerability in Internet Explorer.”

But I can’t help but think that people are over-reacting.  Every browser has its various quirks and become susceptible to vulnerabilities from time to time. It’s fine to say ‘don’t use Internet Explorer’ for now, but it’s nieve to think that any specific browser is immune.

I am sitting here working away, and I am thinking to myself how badly I want to go for a ride on my bike.  But since its a gift and the front wheel is “wrapped” and waiting (easier to unwrap a wheel than a whole bike). 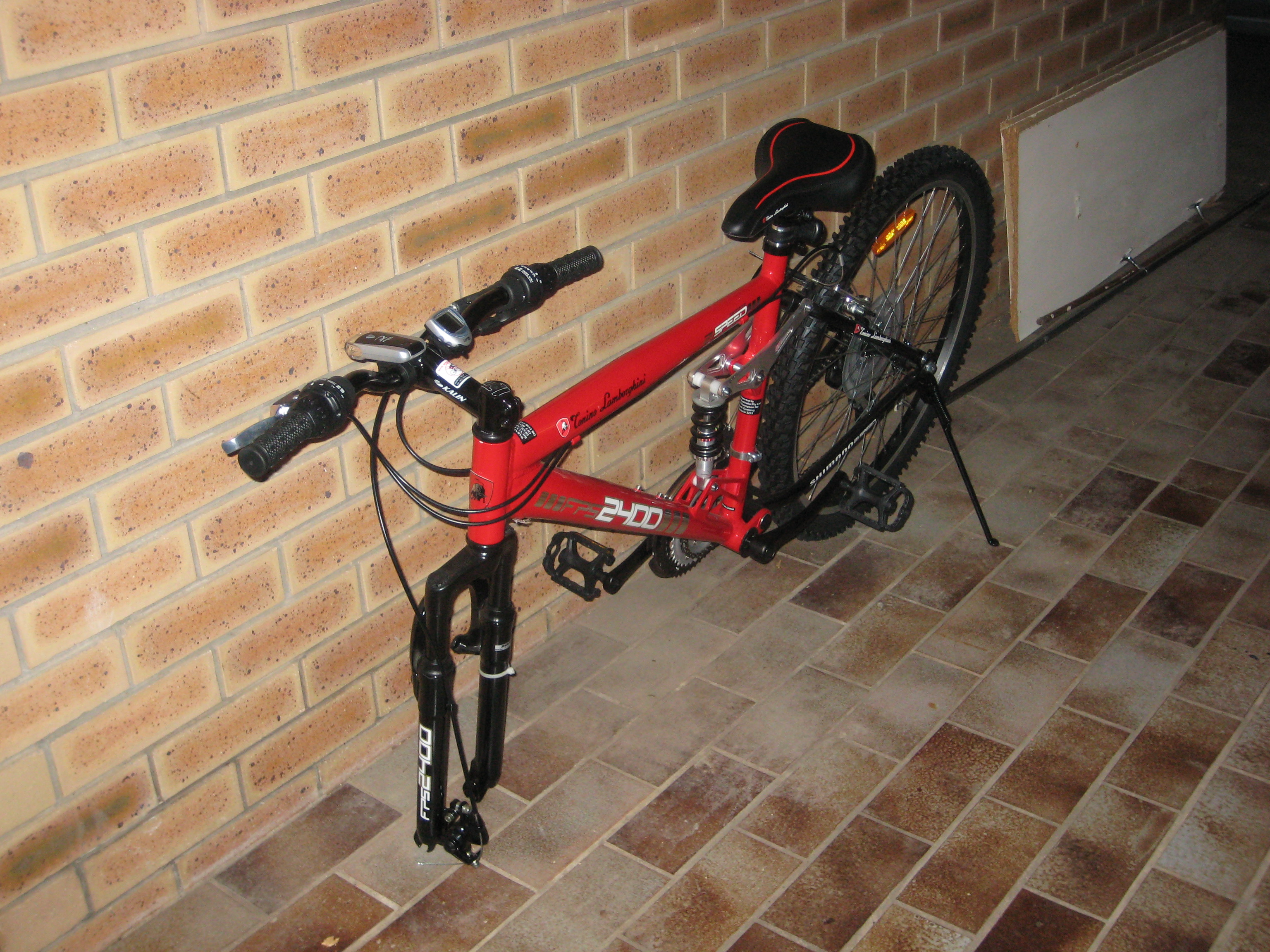 I can’t wait, I am so excited.

12 December 2008 marks the second annual Spouse 2.0 Day! The day dedicated to remembering those running your other startup.

In its inaugural year, Spouse 2.0 generated 4,250 references in google for a day dedicated to the significant other of startup-founders (and IT folks at large).

2008 saw massive investment in Web 2.0 start ups, the worst economic climate since the Great Depression, and the fastest rate of growth and change on the Internet and Social networking since the tech bubble burst in 2000 – Entrepreneurs have never been busier.  Spouse 2.0 day is an opportunity for start up founders and staff to take time out to remember their other start up – their personal relationship or family.

The day encourages everyone to buy a small gift for their significant other and blog, tweet or share about it all over the web. Posts will be aggregated into a combined feed (accessible from the site) for the world to watch.  This doesnt have to be limited to blogs and Twitter, however, and could be a nice message on your partner’s Facebook Wall.

Last year, I bought @MrsAngell a Jamie Oliver cookbook (as she is a massive fan of cooking) – and this year I have gone for something a little more “traditional”…but I obviously cannot spill the beans yet – ’cause she ain’t got it yet! 😉

So anyway, in the spirit of love and companionship I want to tell my best friend, that I love her more than she knows and I thank her for her patience, care and support.

I can’t beleive how excited I am about the new bike.  So as a tribute to my ever increasing impatience, I thought I would post this tribute:

So we have some good news and  some bad news.  First, (the bad) is that Twitter still doesn’t have a monetization strategy, but on the plus side, CNN claims it has given one American Student the ability to force the Egyptian Authorities to release his translator from prison.

James Karl Buck was released from a Mahalla jail after sending a one-word blog post from his cell phone through the Twitter Web site. The message — “Arrested” — alerted all of his friends on the site of his detention.

When his college found out about the situation, they hired a lawyer who then got him out of prison. Now that he’s a free man, Buck is using his Twitter network (611 followers as of writing) to help free his friend Mohammed Maree.

Apparently, by uttilizing the massive network effects of social media, he was able to build public pressure, eventually to demand Maree’s release. He used everything from Twitter updates, blog posts on his own Web site to an electronic petition signed by more than 900 people.

As I have always said, the amazing thing happening with social media (and microblogging sites in particular) is soon going to be the most powerful lobby group in the world.  Ever.

Governments and Enterprises are going to have to realise that you can’t ingore the social media space, because of the devistating network effect poor public relations can have, with a very large group of highly motivated and highly coordinated social networks.  In the Chinese Earthquakes this year in fact, much of the relief and recovery was coordinated over Twitter.

With even more mainstream users comming onto sites such as Facebook and Twitter, this new “lobby group” will only increase in power and effectiveness.