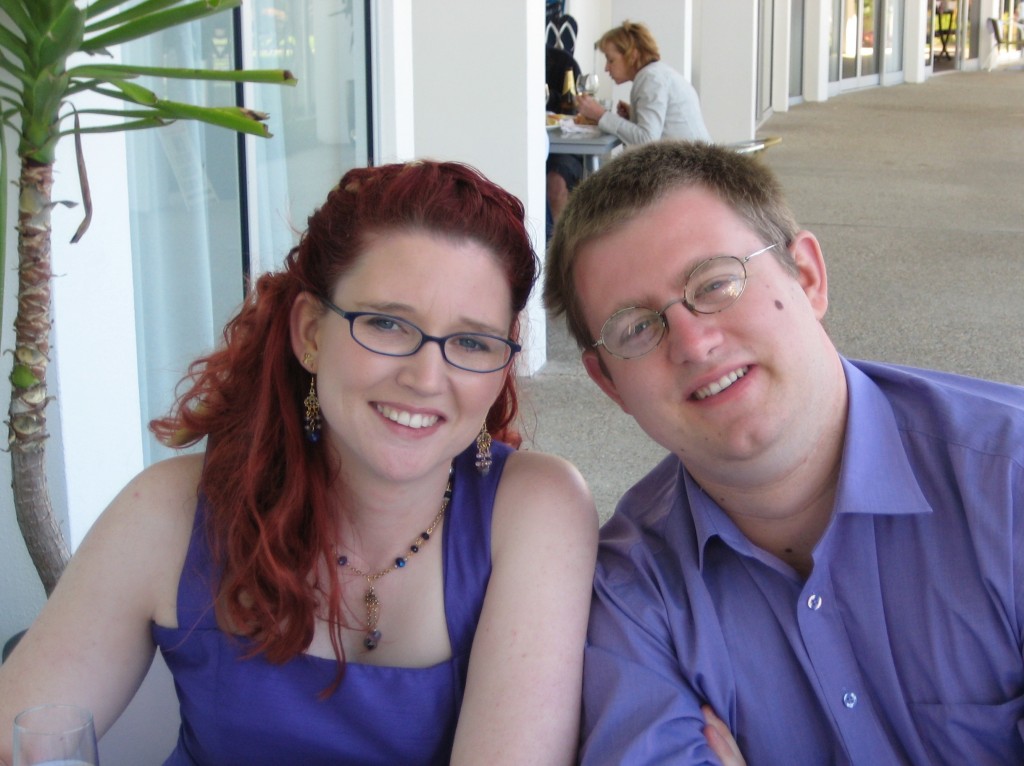 Today marks the first day commencing the 11th year that will be married to my chosen person, @MrsAngell (that’s her on the left). Happily, I can quite honestly say that as we’ve started getting old together my feelings have changed, but only to be deeper and wider than when we first were married.  10 years, 8 room-mates, 7 houses, 3 kids, 2 degrees and 1 cat later; I’ve become so accustomed to her being around that when she’s missing, I feel as though I’ve lost an arm.

…That sounded more romantic in my head, but you get the idea.

She has been a part of me for so long that I can’t even quite remember what it was like without her, and certainly it doesn’t feel relevant anyway.  After all, who would want to remember times when she wasn’t part of their lives?  No  one.   And all romantic bias aside, that’s the point.  She is a unique selfless individual who enriches the lives of the people she connects with.  I’m just luckier than most people.

She’s sexy, elegant, polite, caring and intelligent and I challenge people to create a more complete list of desired attributes in a partner.

I told her last night, that managing to reach the 60 year anniversary would be really neat, and she pointed out (rather correctly) that 80 would be “even awesomer”.  Of course I agree, because spending another 40 years seems together seems not only exciting, but an absolute delight.  (we’d both be exactly 100 years old on our 80th anniversary for those who are interested).

And it hasn’t always been easy, and sure there are days and even months I’d sooner rather forget but the number 1 lesson I’ve learned over the past 120 months is that anything can be fixed, provided both parties want to fix it. And obviously that’s what we’ve done – fixed things that were broken and had the courage and care to try new things to make them even better.  A mutual friend recently said to me that our marriage was above all others, the one for which this person held the most regard.  “Real”, “honest” and “role model” were some words used to describe how this person saw our marriage, and how they wished to emulate it. It came as quite a surprise, because we were just living our lives.  It does highlight to me how much I can take for granted AND how much I really do love her.  I think she’d probably say the same thing about me.

Our marriage has survived teen pregnancy, family death, family dis-functionalism, breast-cancer scares, lost employment, dead brokenness and financial windfalls; there isn’t much in the past 10 years that couldn’t have easily torn us apart.  But we are not perfect, and we continue to try to “get it right”.

I was reflecting on some of the reasons why we’ve stood together this long, these are:

But I think the main reason we work so well together is because we’re so remarkably different.  This gives us a diverse range of conversational angles, but also that each one makes up for the short-comings of the other.  The simple fact of the matter is that each of us, makes the other a better person.  And we love each other for that.

I love you honey.

Always have.  Always will.