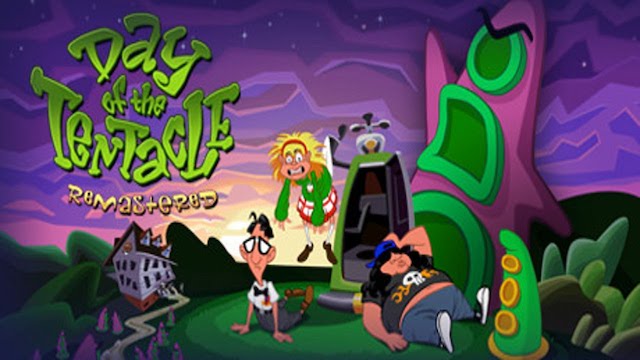 When we moved into our house 5 years ago, the previous owners had installed a LG Split System Air-Conditioner (LST243H-2) but had failed to leave the users manual behind. Through trial and error we eventually discovered the important features (a.k.a how to turn the damned thing on) but there was a whole bunch of modes for which we simply couldn’t fathom. The remote control had very little text, and more hieroglyphics than an Egyptian Tomb. It never occurred to me before to Google the model number until today.

Sure enough, I found a PDF version of the users manual for a LG LST243H-2. Woot!

I’ve just stumbled across a neat little web application which allows you to visually explore your Twitter network. It allows you to discover which people interact the most and what they’re talking about, as well as traverse the Twitter-verse and finds links to people you might otherwise not have found. Think “six degrees of separation” for your Twitter followers.

The visualization runs right in your browser and displays data from the Twitter API.  According to the maker, Asterisq, it works like this:

Mentionmap loads each user’s Twitter status updates (tweets) and finds the people and hashtags they talked about the most. The data is displayed using Constellation Framework, a graph visualization library for Actionscript.

In this data visualization, mentions become connections and discussions between multiple users emerge as clusters.

Clicking a user will display their network of mentions as well as details from their profile. You can also search for friends by typing their Twitter user-names into the search box. 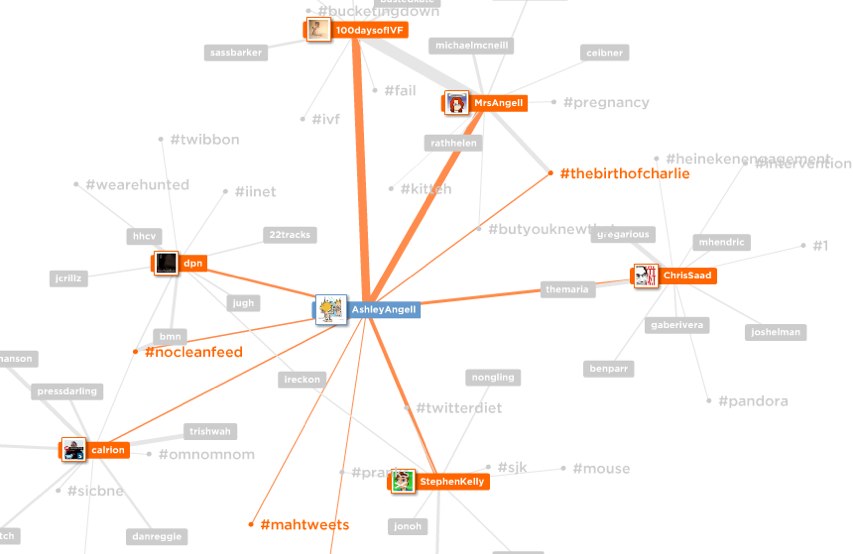 I think this visualization is really neat, and I’d really recommend you check it out and have a play.  I found it very interesting to see the relationships between the people I primarily converse with on Twitter.

I’m sorry but things like THIS – really pisses me off!

TEACHERS have been banned from contacting students on Facebook, MySpace, YouTube and other social networking sites amid growing concern over inappropriate relationships.

There are so many reasons why this is wrong, that I’m not even really sure where to start. I am further infuriated by the comments on that article. Are these people serious? Really? Dodgy teachers engaging in inappropriate conduct with students, do not do so in open and transparent mediums. They’d actively disengage from these becasue they’d get caught! Dark and dodgy people cannot exist in the light. They run from it.

I have recently been watching re-runs of the 90’s sitcom “Home Improvement” and I think the design of the Taylor’s house is just perfect.  After some googling, I stumbled across this site, which among other things had a plan of the ground floor and (modified) basement of Tim the Tool-man’s house.  I grabbed the downloads and posted them here (in case that site ever goes down). 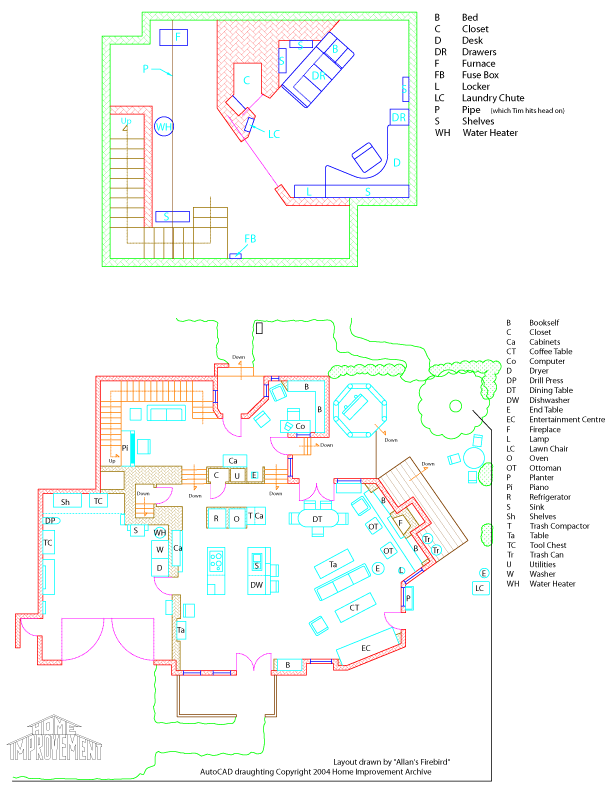 I created here (hosted as a mirror to the original here and here).

Production level servers can be tricky.  Mostly because of the inherent, increased security needed to protect online (and exposed?) assets.  Our Postgres server is one such asset.

But opening the necessary ports to allow access to the database server (for maintenance) can expose the server to possible attack.  Fortunately, if your Postgres server is on a UNIX or Linux based machine with SSH installed, you can forward the Postgres port through the SSH tunnel.

In PGAdmin, simply connect to localhost:1234, and you will connect to the production server through the SSH connection without the need to open a port on the external firewall. 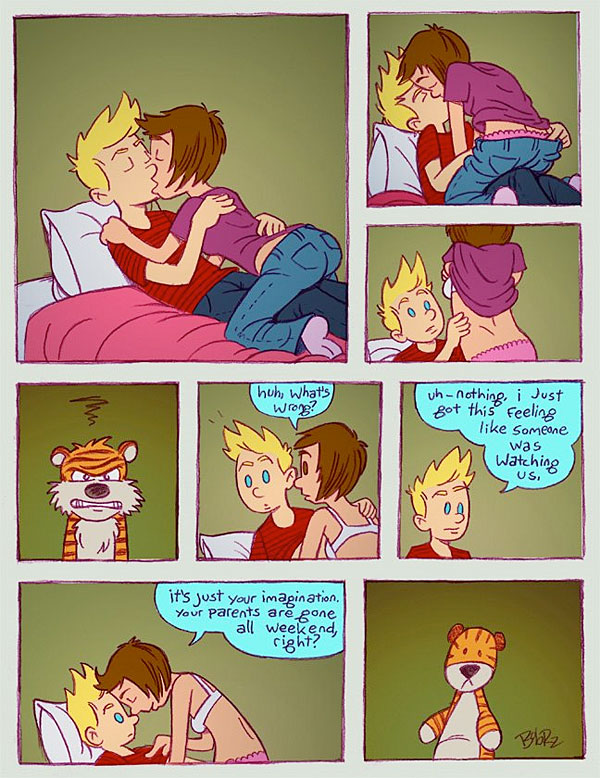 So we have some good news and  some bad news.  First, (the bad) is that Twitter still doesn’t have a monetization strategy, but on the plus side, CNN claims it has given one American Student the ability to force the Egyptian Authorities to release his translator from prison.

James Karl Buck was released from a Mahalla jail after sending a one-word blog post from his cell phone through the Twitter Web site. The message — “Arrested” — alerted all of his friends on the site of his detention.

When his college found out about the situation, they hired a lawyer who then got him out of prison. Now that he’s a free man, Buck is using his Twitter network (611 followers as of writing) to help free his friend Mohammed Maree.

Apparently, by uttilizing the massive network effects of social media, he was able to build public pressure, eventually to demand Maree’s release. He used everything from Twitter updates, blog posts on his own Web site to an electronic petition signed by more than 900 people.

As I have always said, the amazing thing happening with social media (and microblogging sites in particular) is soon going to be the most powerful lobby group in the world.  Ever.

Governments and Enterprises are going to have to realise that you can’t ingore the social media space, because of the devistating network effect poor public relations can have, with a very large group of highly motivated and highly coordinated social networks.  In the Chinese Earthquakes this year in fact, much of the relief and recovery was coordinated over Twitter.

With even more mainstream users comming onto sites such as Facebook and Twitter, this new “lobby group” will only increase in power and effectiveness.

I love my new phone. Its a HTC Touch Cruise and its certainly made me a happy panda. Even happier now that I can make it into a SUPER phone.

My current Windows Mobile based SUPERPhone.  Recently, I installed much of the HTC Touch theme (along with files I modified – of course) and have come up with a great looking phone with minimal memory issues.  This involved dumping some of my favorite programs including phoneAlarm and WisbarAdvance due to the amount of memory they eat up and the current instability of said programs on Windows Mobile Professional 6.

Unless you happen to be a complete Luddite, you know about the Optus (and other) telecommunication meltdown which happened just recently. To that end, you ought to find this image of great amusement.

Funnier again, aparently that sign post states the cable is 17.8M away, aquiting the poor sod who dig up the cable and caused all the trouble, since they weren’t actually too wrong to dig right next to the sign.