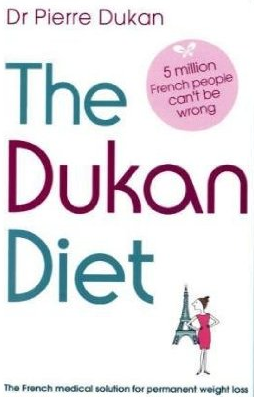 I’ve always considered myself to be a practical and rational person. Dieting was a simple equation of energy in and energy out. But based on the past 9 months, I have to say that its just not that simple, especially people who like me have been considerably overweight for a long time.

My significant weight-gain started over 11 years ago.  While I don’t hold her accountable, its true that my pregnant teenage girlfriend (who I married a year later) peer-pressured me into eating much larger meal portions than I should have.  At the time I blamed this over eating on her need to feel better with her own weight, but the truth is that I ate it because it was in front of me and most of all, because I wanted too.

The gain was gradual at first…so gradual in fact that it wasn’t until I saw myself in our wedding photos that I noticed at all.  I hated what I saw in myself from those photos, but after many years of consideration I wonder if I subconsciously knew in my heart that I looked fat.  I wonder if that was the reason I prioritized the importance and the significance of our wedding photos (which turned out terrible due to poor lighting control and poor quality cameras – something I regret to this day).

I also never found comfort in exercise. People all my life would often talk about how they get the endorphins and “good feeling” that comes after exercise. I very much believe that some people don’t get this. I think this because I am one of them.  All my life, regardless of how much exercise I endured I never got any feeling other than hot, sweaty, tiredness.

Additionally, over the past couple of years I’ve battled diagnosed depression. Clearly, despite the growing disconcerted feelings inside about my body image, I wasn’t in a place that was conducive to weight loss. Those years were one of survival (and getting better) – not about vanity.

But 9 months ago I reached critical moment in my life. My darling wife and I were shopping for a new suite for me to wear at her 30th birthday party and after failure after failure in several various department stores to find a suite in my size, one of the sales assistants asked me (as delicately as she could) “I think perhaps you might have more luck at a store for ‘larger men'”. I don’t begrudge the assistant, because from the shaky delivery it was clear that she was extremely uncomfortable suggesting it and just trying to help however she could.  But those words echoed in my mind and tore at my very soul. It destroyed whatever self-respect and dignity I had left. I forced myself to shutdown all my feelings and emotions because the pain was so severe. I wanted to fall about. My wife, clearly saw that I was in extreme distress, but all I could do was make some vague hand gestures and walk around the mall, trying to focus on something, anything except the echo of the words: “you’re so fat you’re not even worth making clothes for” echoing in my mind. I remember forbidding my mouth to speak, because I knew that doing anything except focusing on holding myself together was going to cause a complete breakdown. My wife, feeling my pain tried to calm me. It didn’t help at the time, but it helps me now to remember how much she cares for me (and it makes me warm and fuzzy inside to think of it).

I have never felt, like that before. Not even during my depression years. In hindsight, it’s not entirely impossible that it in fact, was some kind of temporary relapse.

I eventually did find some courage in the tank, and having been completely robbed of any hope and completely defeated, my wife suggested we try “Roger David’s” on our way back to the car.  I was convinced it was a waste of time, but defeated people with no self-respect tend to go with the flow, so I said “ok”. As it had it, at 5 minutes to close we discovered that they did have a suite in my size (barely). This moderately improved my melancholy.  They put it on, measured me for the tailoring to make it fit better and we paid and left for home.

A couple of days later when I went to retrieve the suite after its alterations were complete, I was faced with the demons of the previous visit. Needing a coffee to bolster my confidence (and silence the pain) I entered the Border’s bookstore and grabbed one. On the way out of the store, standing quite prominent near the entrance was the “Dukan Diet” book. I’d never heard of it before, so I picked it up and had a flip though. I read some of the summary pages and the way it was written (pseudo-scientifically) really resonated with me. I proudly bought it home to @MrsAngell declaring my intentions to embark on the journey it described. There is something intoxicating and powerful about taking charge of your life.

Initially she was unconvinced and actually quite negative towards it and it quickly erupted into an argument. During the argument I pointed out that she hadn’t read the book yet a point she conceded. I also explained that I needed to do this to claw back the self-respect I so badly lost. That night we read a chunk of the book together and having been convinced by it, we elected a time to start it, together.

It’s been hard, and while my journey still continues, her’s is all but complete. She’s lost 25kg and I’ve lost just under 30kg (so far). I still don’t think that I look much better (believe it or not) but I hope the vanity will kick-in, in another 20 or so kg. My goal weight is somewhere under 80kg. A weight I haven’t been since the year our first child was conceived, 11 years ago.

And to be honest, vanity is what it’s all about. I don’t think that vanity should be demonized the way that it is. A number of weight loss friends, have all mentioned to me how family in particular trivialize their weight loss goals, and even on occasion directly sabotage it. Weight loss is hard enough without the people you love destabilizing your lifestyle changes. Naturally they don’t mean to, but since they love you unconditionally and aren’t attracted to you, they’re hardly objective folk. Friends are mostly supportive, but I have to say that this would have been impossible without the help, love and support of my dear Mrs Angell.

In sum it’s clear that weight loss is not simple as most people believe. There are layers and complexities so deep and contradictions so entrenched that it’s becoming harder and harder to differentiate the fact from fiction. Despite it’s recent popularity (especially in Hollywood) it’s easy to trivialize Dukan as being a fad diet – but as someone who has been on it for nearly a year, I can say that isn’t the case here. In the three people close to me who have embarked on it (and stayed on it) its got a 100% success rate, and so far, they’ve held a constant weight after it. I’ve also discussed the diet with my GP and had 3 general checkups, 2 broad spectrum blood tests performed and given blood 3 times since being on this diet (one of them on day 0 of the diet as a control). I was in general good health prior to the diet (all measurable indicators within acceptable margins) but now my GP describes me as being in textbook perfect health. This diet is not something I did with whimsical triviality. I was cautious, calculated and scientific with it. I had some bad days (some of them several in a row) but for the most part I was true to the Dukan Diet. Birthdays, Christmas and Easter were basically “write-offs” and I blame these (and my own lack of self-control) for the plateau I’ve experienced over the past few months.

However, its not the only way to loose weight – its just what works best for me. My very dear Sister-in-law just reached her goal weight (horray!) recently using a diet prescribed by her personal trainer. I must admit that sometimes I found myself frustrated on her behalf on her bad/stagnant weeks and I tried as best as I could to help, motive and support her on her personal journey. I can say that she’s done an outstanding job on the same, for me. Honestly, without her and her sister; I don’t think I could have gotten this far. However, while I am happy for her, I am also selfishly saddened because now I am about to embark the second half of my weight loss on my own. The journey is long and lonely on your own. I know they will still support me, but they’re no longer in the game; and that makes a difference. I try to reassure myself that I haven’t failed in not reaching my goal weight yet, but rather, that I’ve got 3 times as much to shift as they did.  But I will do it.  I have to.

I am now happy to discuss weight and diets with people now. Something I always felt awkward about before. But the one constant and most important fact I’ve learned is that when it comes to weight loss, its more complicated than ‘Eat-Less’ & ‘Do More’.

The other people in the house, also not entirely positive about their health & fitness…I think even Brad is going to make an effort, which is very cool. 🙂

We went for a massive walk today, to not only get a new set of bathroom scales, but to get Julie’s birthday gift (an iPod). The walk was huge; Brad, Julie, Helen and I walked for a good hour. This was particularly hard for me, but I did it. The iPods are apparently hard to get a hold of at the moment, with a 3 week wait, but we did get the scales, from Target.

The good news that I have joined a new social networking dieting and nutrition website called www.sparkpeople.com. This has inspired me to be more focused and dedicated to loosing weight. My target is 75Kg, which is almost half my current weight.

This is the second day of the new excersise regime i’ve started. The walks i am talking each night are taxing compared to my excersise coutner-parts, but then I am carrying several more kilos then they are.

I am also not really sure what people mean when they ask me whether or not I feel good after the excersise? Maybe I just dont get it or something; aren’t i supposed to get endorphines or something? Meh.

In either case i sweat like a pig after a nightly walk of 2 – 3 Kms and I manage to go on by telling myself that the more I sweat, the more fat I loose. Im not sure if this is scientifically correct, but as far as my psychè is concerned, it doesnt really matter. 🙂

Today my food consumption was down, although it was more fatty then I would have liked. I had a zinger burger and small chips from KFC for lunch and a small bowl of (basically) risotto for dinner. I was particularly happy about resisting any second serves. So that’s eat-less down pat. If only I wasnt so busy.

So I was walking tonight and i was thinking. 75Kg is my target weight, which means i need to loose about 1/3 of my body mass. I dont really want to be muscular, or even fit; i just dont want to be fat anymore.