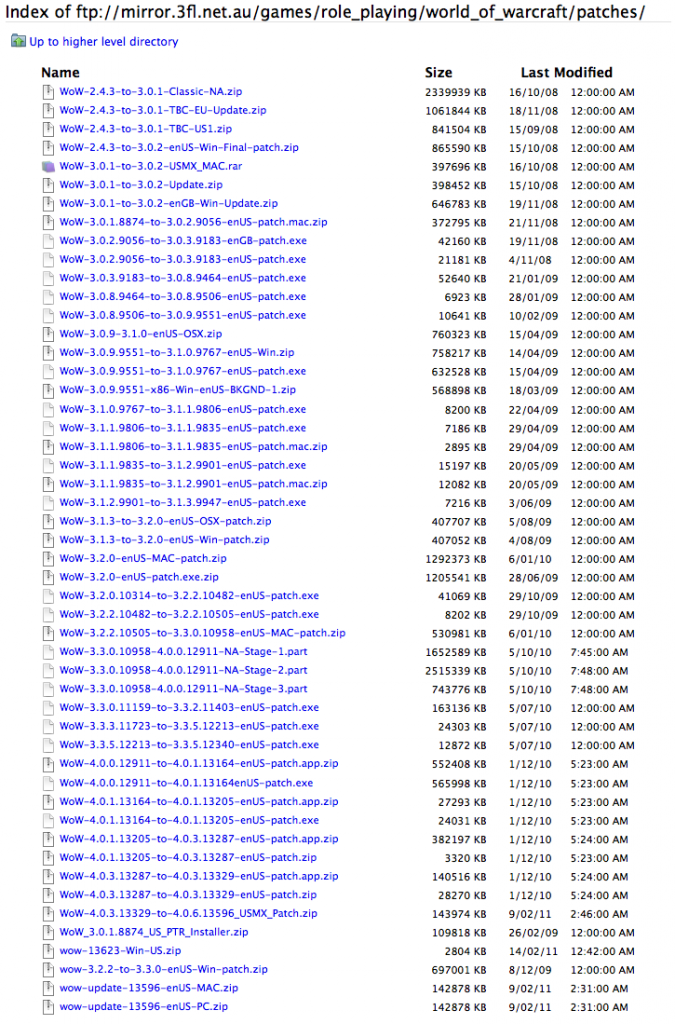 Many people in Australia (myself included) are iiNet customers.  Recent acquisitions have made iiNet the third largest ISP in Australia, and I for one, consider them excellent value for money.  One of the features iiNet has as part of its product offerings is the iiNet Freezone, which is a large selection of content which does not count towards your internet quota. Many people are also unaware that World of Warcraft patches (which can be considerable downloads using the Blizzard auto-updater) are available on a 3FL FTP Mirror.  The 3FL gaming servers actually belong to an old iiNet rival ‘WestNet’ but iiNet bought out Westnet a while ago and not many iiNet customers are aware that 3FL belongs to iiNet now – and more importantly – are counted as Freezone servers.  Besides having some very awesome online gaming servers, 3FL also has a great FTP mirror and a Steam Content server (which is also Freezone and I’ve previously covered how to limit Steam to only download games from specific servers).